Kids hold on tight to their bright Easter baskets.
They’re ready to hunt for colorful pastel eggs, but those round treats won’t be lying there for much longer.
The high-spirited Easter Egg Hunt happens every year, when the City of El Segundo splashes eggs across Recreation Park.
“It was fun. It was really challenging to find all the candy, but we got a lot,” egg hunter Kylie said.
Kylie also said she is glad that her sister, Alexa, was there with her.
“I like it because it’s all Easter and tomorrow is Easter and it’s going to be really fun,” said Alexa, who was also an egg hunter just like her sister.
The family-friendly event has been happening for over 20 years and continues to draw thousands of people from the community.
“We have groups between walkers and crawlers all the way up to 12 and up,” said Shawn Green, who is the event’s organizer and the Recreation Coordinator for the El Segundo Teen Center. “We come out every year and chase eggs around.”
The egg hunt also borrowed a page from Willy Wonka.
“We throw the eggs out there with the candy, and the kids look inside and they get the golden ticket and they get a basket,” Green said.
Green said this year is special because it’s the first time that the event has sponsors. Kumon of El Segundo and UrbanSitter.com were the two inaugural sponsors.
For Green, today’s egg hunt is all about the people.
“…the young kids, families and the community gets to come out and support each other,” Green said. “I see the kids that are smiling and parents come up and tell us that they had a great time, so that’s all we can ask for.”
Parents and kids posed with the Easter Bunny to top off an eventful day.
See you at next year’s Easter Egg Hunt!
Posted by Unknown at 8:05 PM No comments:

Food Finders give to families in need

Food Finders is a non-profit organization that collects food from local grocers, and local distributions give to families in need!
Posted by Unknown at 2:44 PM No comments:

Check out my latest story with Lakewood CityTV!

The Lakewood Artists Guild is one of the oldest art guilds in all of California. Their Fall Art Show displayed artwork from local artists. The community came together to enjoy all of the creative pieces.

Photography, oil paint, acrylic, and sculptures were the among the main categories.

I had a great time meeting Mary Crowder, President of the Lakewood Artist Guild. She was so warm and sweet! The local artists were also nice and happy to talk about art.

Hope you all enjoy it!

Posted by Unknown at 4:12 PM No comments:

This is my first story for Lakewood CItyTV!

One of the nation's largest beauty retailers, Ulta is the latest addition to the Lakewood Center Mall, one of America's largest shopping centers.

I had a lot of fun doing this piece! Oh all the make-up! and all the colors!

Hope you enjoy watching it! 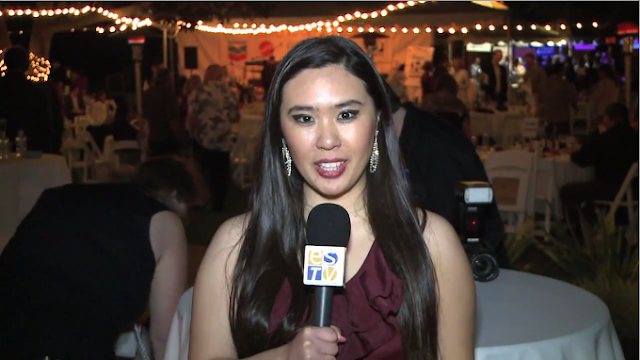 Barbara Briney, Director of Events for The El Segundo Education Foundation board, graduated from El Segundo High School. Decades later, she finds herself still in love with education and contributing to the community.
Briney said while she was a student at El Segundo, she took woodshop, “but that’s not a possibility anymore because the state doesn’t fund it.”
That’s where the El Segundo Education foundation comes in. The local non-profit organization plans to fundraise close to one million dollars in donations to local schools. Their capstone event of the year, Ed Gala: Party in the Park on a Friday night in spring aims to reach the last hundred thousand dollars for their ambitious fundraising goal. This is also the second year that the foundation is hosting the party at Chevron Park.
“This is the biggest one, this is the best attended one,” Briney said.
Carol Pirsztuk, CEO of the El Segundo Education Foundation, said she hopes to raise about $120,000 at the culmination event. She also explained that the sole mission of the foundation is to raise money for schools.
“This year, we are going to give $950,000 to schools, to fund programs that would normally be cut.”
Subsequently, the El Segundo Unified School District has lost over $4 million dollars in less than five years, according the El Segundo Education Foundation’s website.
However, the education foundation has raised money to fund programs such as music, art, physical education and robotics in local schools, according to Briney. The funds are also used to hire counselors, who help students decide what classes to take, Briney said.
All food, drinks and auction items were donated. The Ed Gala event had about 300 silent auction items and nine live auctions; its proceeds will be donated to schools. There were 23 restaurants and three wineries. 100 percent of ticket sales from the event are also donated to El Segundo schools.
Briney’s daughter is currently a teacher El Segundo High School, while her 4-year old grandchild will soon be a young El Segundo student. She wants to ensure that her children will have the same opportunities that she had.
“I think that [the opportunities] made me understand what was possible, what I could come and do and make a difference,” Briney said. “Without those, you miss some of the essence of life.”
Click here to view this story on the latest edition of El Segundo Magazine.
Posted by Unknown at 1:05 AM No comments:

A senior citizen who has contributed to the El Segundo community is honored at the 25th Annual Elderfest Celebration at the Hacienda Hotel.
Elaine Allen is awarded the Older American of the Year, one of the most prestigious honors for senior citizens in El Segundo.
Aside from Allen, the event was also an opportunity to acknowledge the local elderly citizens for their community service and involvement.
Allen said she couldn’t believe she received the award, much less deserved it. “But I got it, and I’m very honored to have it.”
More than 170 attendees celebrated with Allen.
The current El Segundo resident has lived in the city for 55 years, and is active with many local organizations.
For the Lutheran Church, she has planned various fundraisers like fashion shows.
She is a member of the El Segundo Women’s Club for decades. There she served of the member of the board and raised money for scholarships for the youth, and created art for thank you cards, invitations and brochures for many events.
She has also assisted with many events for the El Segundo Senior Club.
“This award means a great deal, when I think of the others that have received it in town and to be in amongst that group, it’s just beyond words.”
Friends describe her as having a great sense of humor.
Towards the end of Allen’s speech, she wanted to clarify a rumor that was going around town.
“I am the 2013 Older American of the Year, not Oldest.”
Allen just could not help but to make the whole crowd burst in laughter.
This story appears near the middle of the latest episode of “Your City, Your News.” You can view it by clicking here.
Posted by Unknown at 1:04 AM No comments: 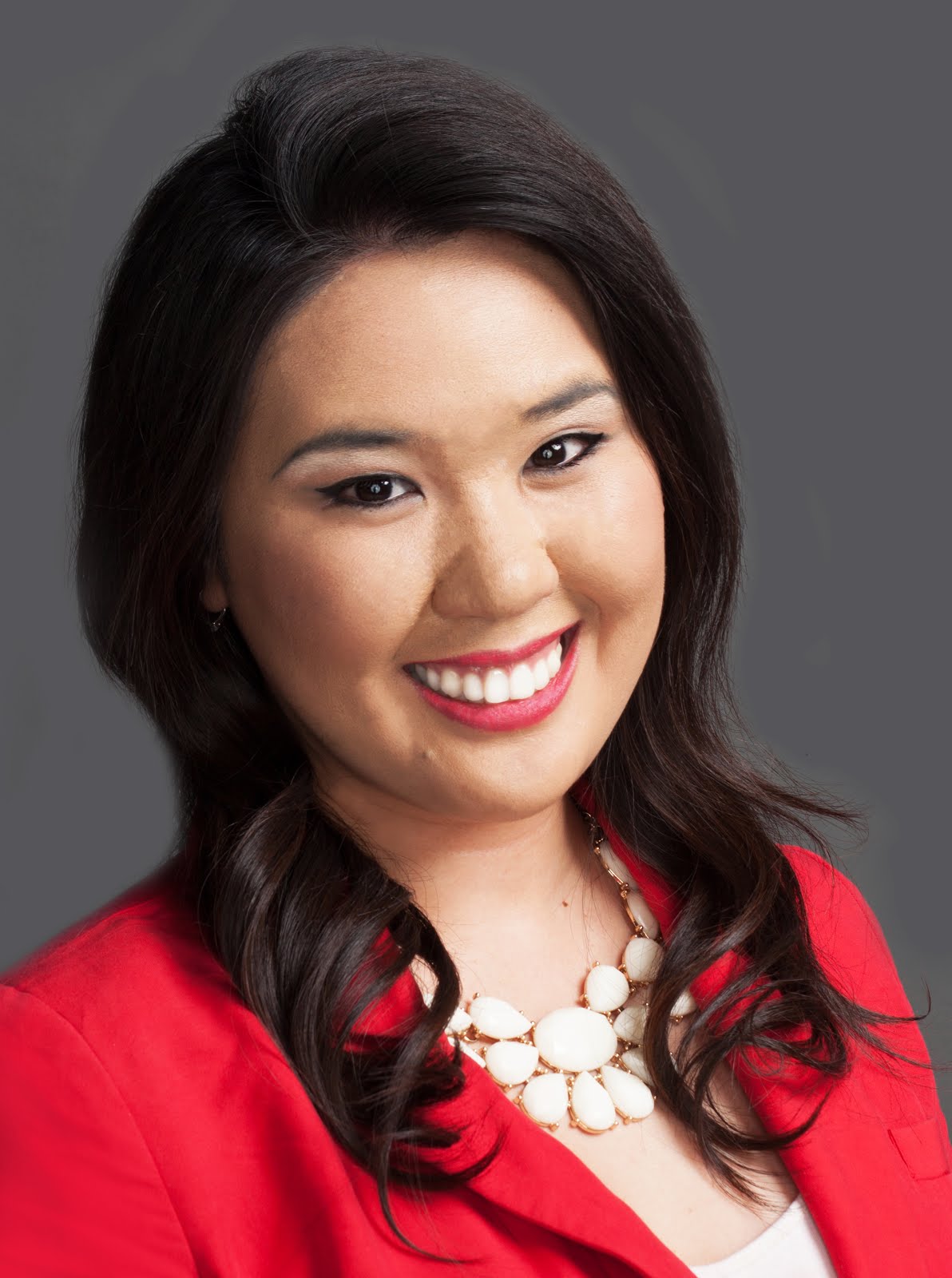 Promote Your Page Too
Tweets by @amylieu8

Check out my Tumblr: Amy Lieu

My Journey in Salamanca, Spain!